The ATHENA Award® Program celebrated nationally and internationally recognizes individuals for professional excellence, for providing valuable service to their community and for assisting women in their attainment of professional goals and leadership skills. By honoring exceptional leaders, the ATHENA Award Program fulfills the ATHENA mission of supporting, developing and honoring women leaders, inspiring women to achieve their full potential—creating balance in leadership worldwide.

Established in 1982 in Lansing, Michigan, the program is now administered from its Chicago, Illinois headquarters and boasts over 300 active communities in the United States, Canada, China, Russia and the United Kingdom. More than 5,000 individuals representing a wide variety of professions and businesses have received the ATHENA Award. The ATHENA Leadership Award celebrates exemplary leadership and is reflective of a quote by Plato: What is honored in a country will be cultivated there.

Presented to leaders across professional sectors, the ATHENA Leadership Award’s rich history, international scope and focus on mentorship distinguish it as one of the most prestigious leadership awards one can receive.

ATHENA Award Recipients comprise a network of outstanding individuals who have met the following criteria.

The ATHENA Recipient will be selected from nominations and we need your help in identifying potential recipients. Within your organization there are undoubtedly individuals who are outstanding professional and community leaders. We encourage you to use the ATHENA Award Nomination Form to let us know who they are.

Through this program, we hope to build awareness of and honor the valuable contributions being made by women and men in our business and professional community. We are looking forward to a successful celebration this year and we welcome your participation.

If you have questions, please contact Kylie Jackson at (765) 664.5107 or kylie@marionchamber.org. 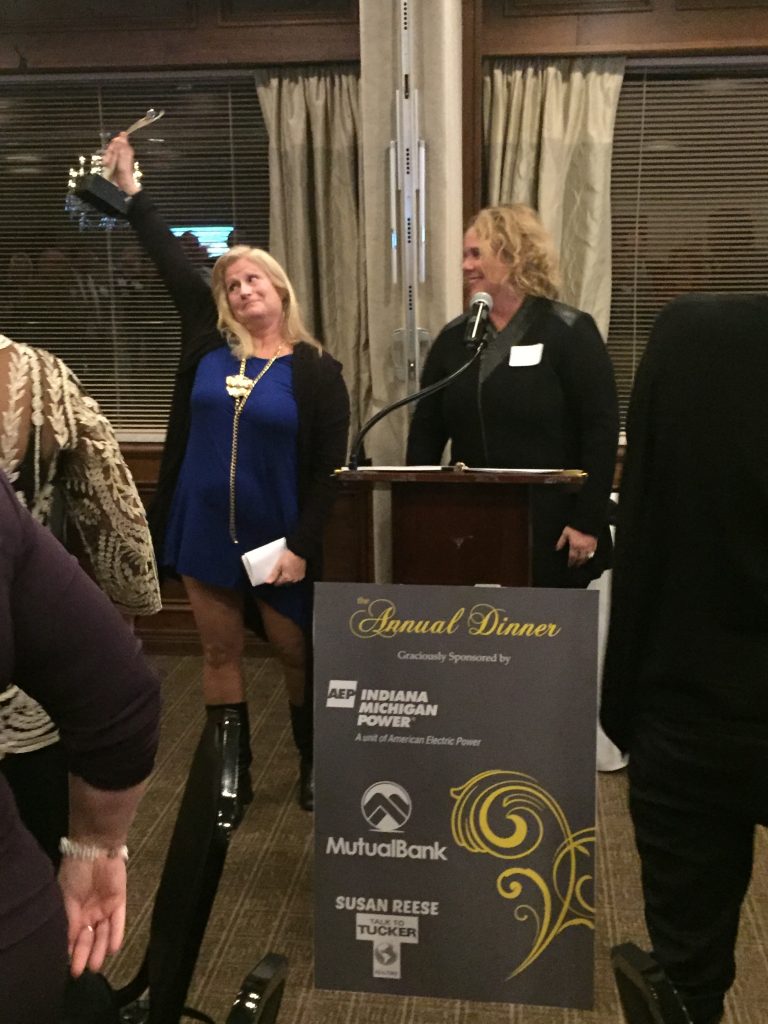